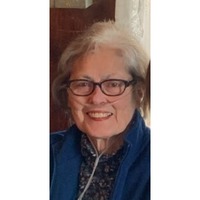 She was born on April 13, 1943, to the late Howard and Catherine (Pierdomenica) Eaves in Kenosha.  She was educated in the schools of Kenosha and graduated from Mary D. Bradford High School.

Barb worked as a medical assistant for Dr. Martin for 27 years.  After retiring, Barb volunteered for Hospice Alliance.

Barb enjoyed going to the cabin at Stager Lake, watching movies, reading, jigsaw puzzles, and playing Scrabble.  Most of all, she loved spending time with her family.

She is preceded in death by a son-in-law Jerry Holly.

Private Family Services were held.  A Celebration of Life will be held at a later date.

Memorials would be appreciated to Hospice Alliance, Salvation Army of Kenosha, or to Safe Harbor in Barb’s memory.