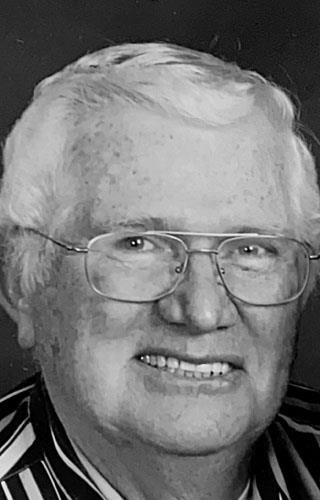 Gerald L. Johnson, age 78, passed away from an extremely rare aggressive Stage 4 Anaplastic Thyroid Cancer with his entire loving family at his side on Monday, August 3, 2020.

He was born on February 5, 1942, he was the son of George and Genevieve (Willems) Johnson. Gerald was a graduate of Bradford High School.

On April 25, 1965, Gerald was united in marriage to Carol Ann Robers at St. John the Baptist Catholic Church in Union Grove, WI.

Gerald proudly served our country in the U.S. Navy, until his honorable discharge in 1965.

Gerald and Carol Ann were life-long members of St. John the Baptist Catholic Church. He was a member of the American Legion Wisconsin Trappers Association, U.A.W. Local 180/J I Case and Westosha Senior Center. Gerald was an avid outdoorsman who enjoyed trapping, hunting, fishing, gardening, watching TV and attending sport activities for his children and grandchildren.

He was employed with American Motors/Chrysler, and then with J.I. Case/Tenneco for 27 years, until his retirement in 1994.

In addition to his parents, Gerald was preceded in death by his sister, Donna Ventura; and his brother-in-law, James Hagen.

At Gerald's request, he was so blessed to have the opportunity to say goodbye to his family and friends.

Funeral services honoring Gerald's life will be held privately. A visitation for Gerald will be held on Sunday, August 9, 2020, from 10:00 a.m. until 12:00 p.m. at the Piasecki Funeral Home. Private inurnment will take place in Southern Wisconsin Veterans Memorial Cemetery will full military honors. Due to public health concerns, and in compliance with CDC guidelines, only 50 people will be permitted to enter the funeral home at one time. For the safety of our guests, you may be asked to wait outside.  Social distancing will be maintained and those in attendance are required to wear a face covering. We thank you for your understanding and cooperation during this difficult time.