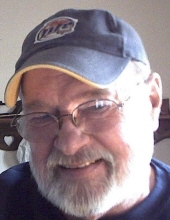 Terry Lee Norman, son of the late Sterling & Helen (Peterson) Norman, was born on June 15, 1943 and departed this life on November 5, 2020. At the time of his passing he was seventy-seven years, four months and twenty-one days of age.

Terry was preceded in passing by one child, Terry Norman Jr.; his parents; and two brothers, Michael Norman and Timothy Norman.

Terry was born, raised and graduated from high school in Kenosha, Wisconsin. Shortly after he finished his schooling, he enlisted in the United States Air Force. Once he returned home from his time of service, he was united in marriage to JoAnn Bruenning and to this union four children were born. After their divorce he was united in marriage to Sue Bell and they shared thirty-one years of marriage. Together, they loved to explore the Ozarks.

Terry was a retiree from Massey-Ferguson and AGCO. Originally as a Parts Analyst and later a LAN administrator.

Terry was an avid photographer and photographed the Round Barns of Wisconsin for the Smithsonian. He was also the head of the Racine Camera Club and Wustum Museum Commission.

Per Terry’s wishes cremation has taken place and no services will be held.