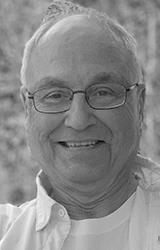 Born in Kenosha on April 8, 1943, he was the son of the late Peter and Mary (Kyncl) Wendt. He attended local schools and was a graduate of Bradford High School. In 1970, he received his Bachelors’ Degree in marketing from the University of Wisconsin – Whitewater.

During the Vietnam War, he honorably served our country in the U.S. Army.

On December 16, 1967 in Columbus, WI, he was united in marriage to Beverly Monthie.

Bob was a member and a past president of the K.A.B.A. (Kenosha Area Business Alliance), and he was also a member of the former Elks Lodge #750 in Kenosha.

Bob was a great outdoorsman. He enjoyed golfing, fishing, hunting; especially duck, pheasant and deer, exploring A.T.V trails and traveling to the family cabin Up North. He had a special fondness for the Brittany breed of dogs.

He is survived by his loving wife of 51 years, Beverly Wendt; his son, Matthew (Vanessa) Wendt; his grandson, Finch; many loving nieces and nephews; and his faithful canine companion, Cali.

In addition to his parents, he was preceded in death by his brother, Gerald; his brother Jimmy, in infancy; and his sister, Priscilla.

The family would like to extend a heartfelt thank you to Aurora Cancer Care Center, Dr. Malik Bandealy and staff and Aurora Palliative Care Nurses, for the comforting care they provided to Robert.