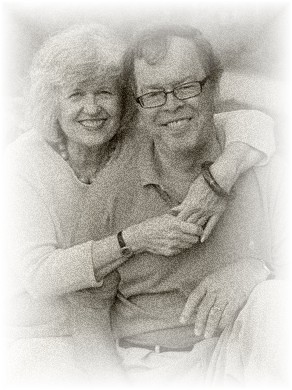 (nee Crow) Born January 16, 1943 in Kenosha, WI, Priscilla Ann Crow was raised surrounded by more family than many of us would be comfortable with, but which suited her to a tee.  She grew up with her parents and six siblings, and within one block of the Crows’ crowded 52nd Street home lived all four grandparents and her Haubrich cousins Joan, Tom, Jim, Gail and Todd.

While the etymology of Priscilla’s nickname remains a source of family dispute, there is no doubt “Peppy” served as an accurate moniker for a girl who took after her mother Marion and effervescent aunts Geri, Dorothy and Harriet.  Pep was also close to her grandparents Hilda and Herman and Hazel and Harry, a veritable “4H” club.  Pep often relayed stories of them to her own kids and took pride in her Austrian, English, Polish and Danish lineage.  It was from her grandfather Herman that she inherited a lifelong love of baseball, listening to the Milwaukee Braves radio broadcasts in the summer.

Pep matriculated in the Kenosha public school system, graduating from Mary D. Bradford High School in 1961.  In 1965, she completed her studies at UW-Madison with a degree in a journalism.  After a stint in Evanston, IL, Pep raised a family of her own, beginning in Iowa City, IA, continuing in Port Washington, and later in Milwaukee.

Her prodigious work career included employment with the University of Wisconsin Daily Cardinal newspaper, American College Testing in Iowa City, Smith Brothers Restaurant in Port Washington, Manpower, Inc., the Zoological Society of Milwaukee, Channel 10/36 Friends and the UW - Milwaukee and UW - Parkside Alumni Associations.  She spent most of that time as an “event planner.” Gregarious, energetic and with a keen eye for detail, Pep was a natural in her line of work.  The original community organizer, Pep assembled a cadre of volunteers who followed her from event to event, and in many cases from employer to employer.

Pep volunteered her time and talents to organizations including the Mendota Gridiron Club, the United Way and the Junior Women’s Club in Port Washington, the Milwaukee Public Libraries, and of course, as president of the Eddie Matthews Fan Club - Kenosha Chapter. She served on several boards of directors and donated to charities too numerous to name.  Additionally, Pep loved and supported the arts. She and Bruce were season ticket holders with the Milwaukee Symphony Orchestra and Milwaukee Repertory Theater and members of the Milwaukee Art Museum, the Smithsonian, and New York’s Metropolitan Museum of Art and Frick Gallery.

In 2013, her children hosted a retirement/Happy 70th surprise party (and yes, Pep was surprised) in her honor at the Charles Allis Museum.  January 16, 2013 was designated “Priscilla A. O’Neill Day” in the City of Milwaukee, the declaration read by none other than Mayor Tom Barrett himself.

Sadly, it was not long thereafter that her husband, Bruce, was diagnosed with Lou Gehrig’s Disease. Pep, of course, went back to work; she served as Bruce’s full-time caretaker in his battle against ALS. Their journey would last two years before Bruce finally succumbed to the horrible disease. All who knew Bruce were eternally grateful for the selflessness and love Pep displayed in caring for him.

In July 2018, many of us were allowed to return the favor as Pep herself was diagnosed with a terrible disease – inoperable brain cancer.  Pep responded to the bad news with bravery and strength, never once despairing as the disease progressed.  She instead treasured her remaining time, attending her daughter Kate’s August 10 wedding, rooting the Brewers on in their magical playoff run, and spending time with loved ones while looking forward to rejoining her beloved Bruce.  When both radiation and chemotherapy failed, the goal of the O’Neill family was to get Pep to the “finish line” with as much dignity and as little pain as possible.  We did.

After saying goodbye to her scores and scores of loved ones and friends, on November 17, 2018, Pep peacefully drew her final breath.

The O’Neill family would like to thank Pep’s Army: her legion of friends, family and caregivers who saw to it that Pep’s final months were meaningful, comfortable and even enjoyable.

Visitation will be held at Becker Ritter Funeral Home (14075 W. North Ave.) on Thursday, Nov. 29 from 4:00 to 7:00 p.m.  Additional visitation will take place at St. Sebastian Church, Milwaukee (5400 W. Washington Blvd.) on Nov. 30 from 10:00 to 11:30 a.m., followed by a prayer service and luncheon.  Private Interment to follow at Holy Cross Cemetery, Milwaukee.  In lieu of flowers, please consider a donation to the American Cancer Society or the ALS Association of Wisconsin.